Exhibition in the Kunsthalle Luzern

For the first of a series of events, ‘L21’ invites the public to go on a ‘lion safari’ in the Kunsthalle Luzern.
-
Today safaris are generally less about killing big game than about observing it. The same is true of L21’s ‘Lion Safari’.
-
The exhibition assembled by Peter Fischer (freelance curator and project manager of L21) goes on the trail of lions. It is interested in the symbolic significance of lions in various times and cultures and addresses the subject – not least in the context of an integrated symposium – of the lion in different contexts, such as the visual tradition of the subject of the lion in art, but also from different points of view from anthroposophy to zoology. 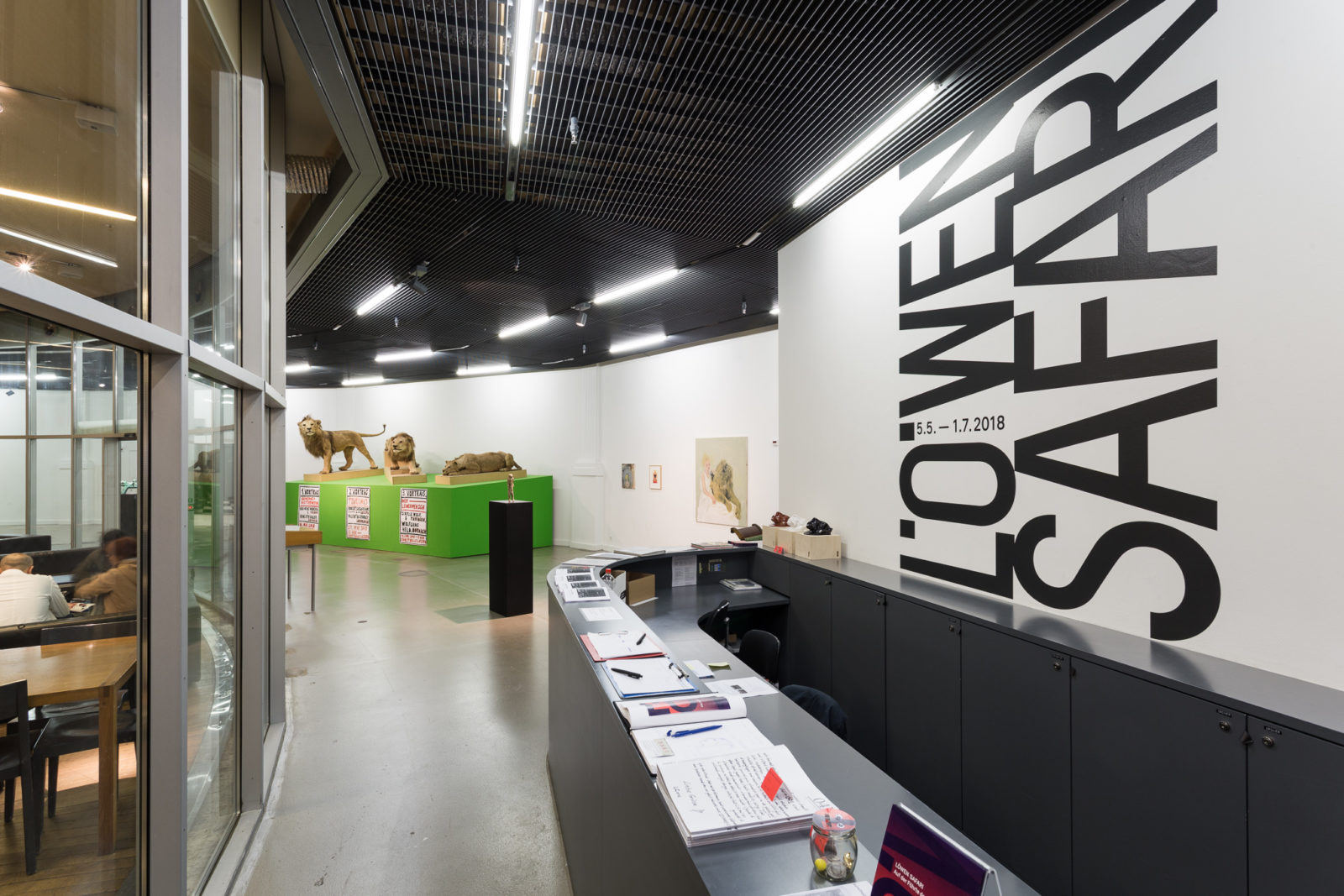 The exhibition brings together works by both international artists and artists from Switzerland and Lucerne of various generations. Most of them were produced in collaboration with the project L21, and some positions are the first manifestations of work processes which will be continued over the next four years. 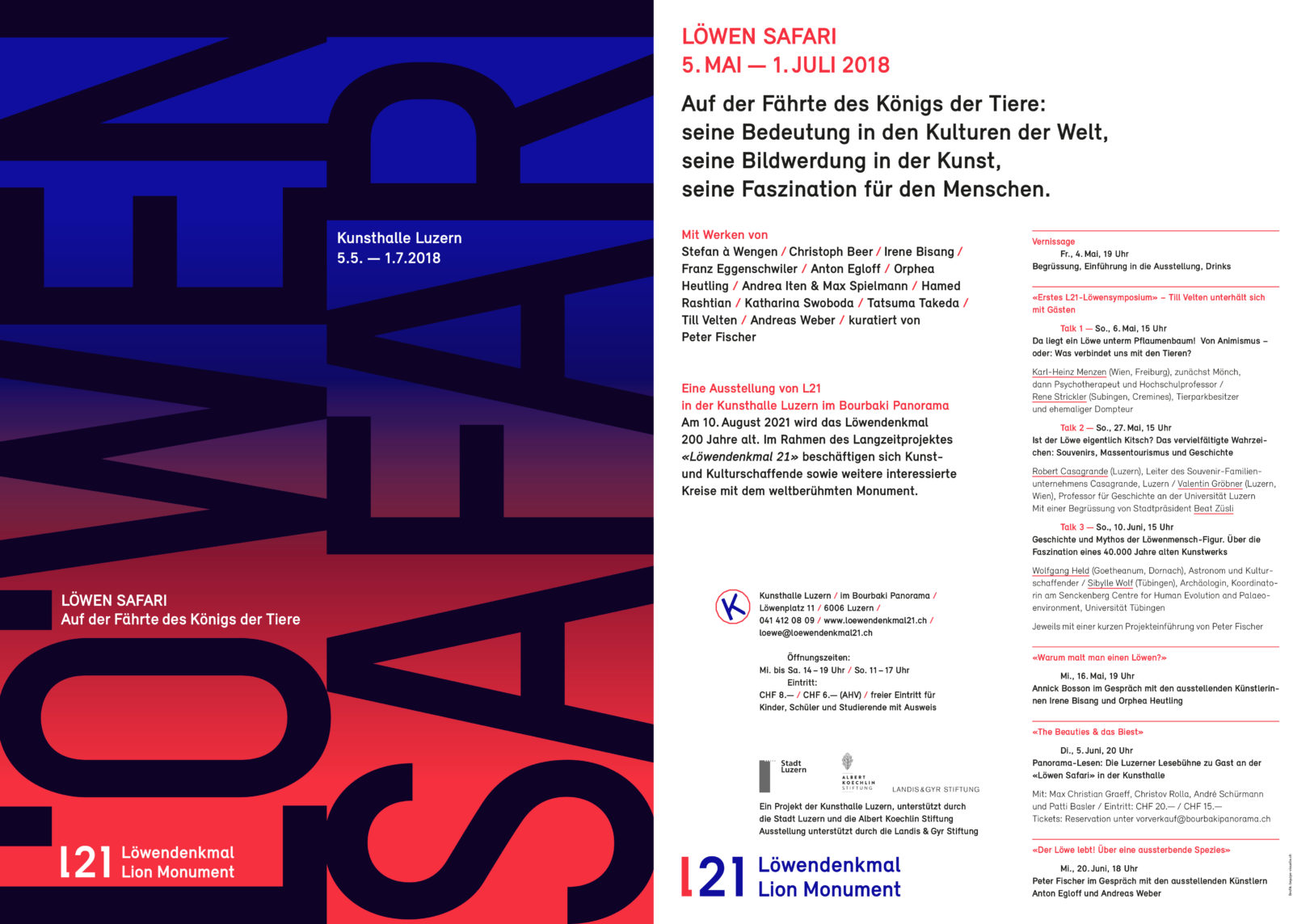 Flyer and programm during the exhibition

Bicentenary of a Monument
A Project by Kunsthalle Luzern 2017 – 2022