A journey through history

The French Revolution led, in France and in Europe, to the democratic constitutional states that we know today. But a lot of blood was spilled before Liberty, Equality and Fraternity were achieved. That included the blood of the Swiss guards who were defending the French king Louis XVI in the City Palace in Paris (Tuileries) on 10 August 1792 – as the last bodyguards true to the existing government. But the fighting Swiss ‘lions’ – only between 550 and 700 of them – had no chance against the furiously raging Revolutionary masses, who had nothing but loathing for the absolutist regime and the Bourbon monarchy, and who were determined to bring them both down. The day ended in a massacre, which went down in history as the storming of the Tuileries. The Lion Monument – erected 29 years later in Lucerne, in 1821 – recalls the fallen Swiss guards. 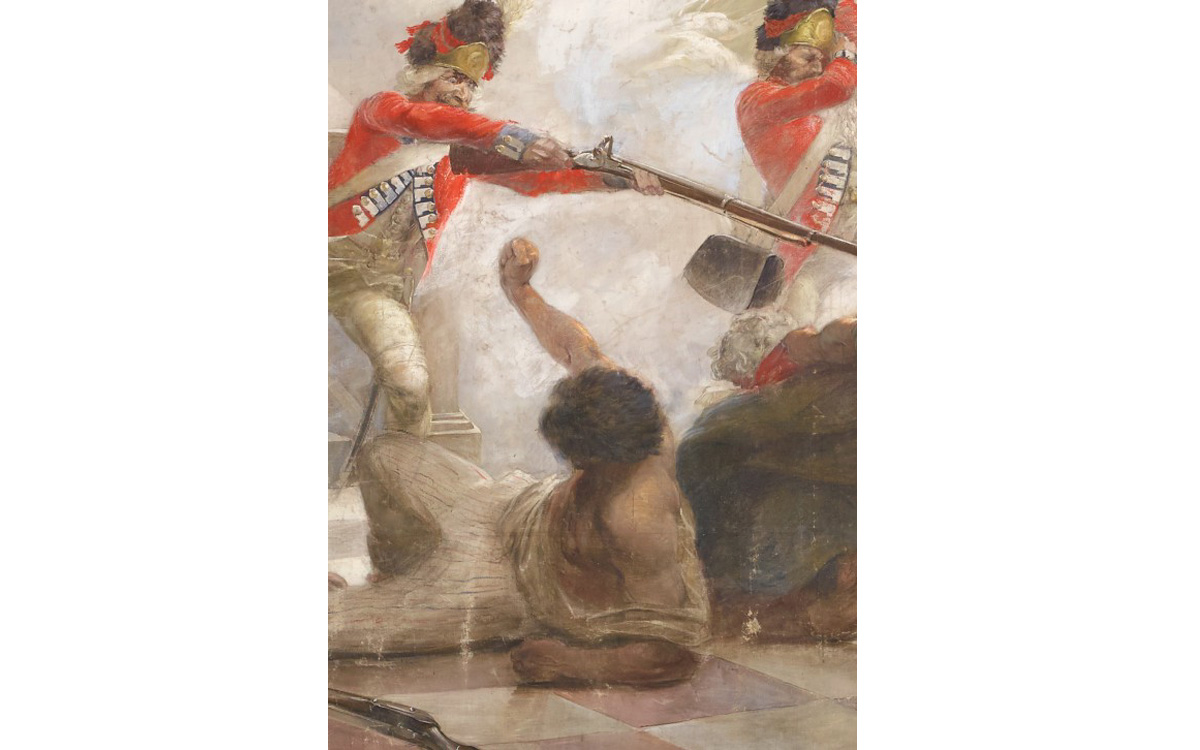 That storming of the Tuilieries is now 225 years ago. For its jubilee, from 10 August until 1 October young historians and people with an interest in history will guide the audience scenically from Lucerne in 1790 through the world of the Swiss mercenaries and the French Revolution to the fall of the monarchy.

Visitors can experience this spectacular moment of the birth of democracy at very close quarters.

Bicentenary of a Monument
A Project by Kunsthalle Luzern 2017 – 2022